Success Likelihood Index Model (SLIM) is one of the widely-used deterministic techniques in human reliability assessment especially when data is insufficient. However, this method suffers from epistemic uncertainty as it extremely relies on expert judgment for determining the model parameters such as the rates and weights of the performance shaping factors (PSFs). Besides, given an operation consisting of several tasks, SLIM calculates the human error probability (HEP) by ignoring possible dependencies among the tasks. The present study is aimed at using Bayesian Network (BN) for improving the performance of SLIM in handling uncertainty arising from experts opinion and lack of data. To this end, SLIM is combined with BN to form the so-called BN-SLIM technique. We demonstrate how BN-SLIM can consider uncertainty associated with the rates of PSFs by using probability distributions. BN-SLIM is also able to provide a better estimation of human error probability by considering conditional dependencies resulting from common PSFs. The probability updating feature of BN-SLIM can be used to identify the PSFs contributing the most to human failure event. The outperformance of BN-SLIM over SLIM is demonstrated via an illustrative example. 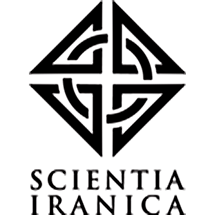