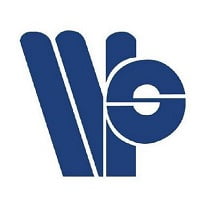 In this paper, on the basis of gradient elasticity theory with one gradient parameter, wave propagation in rectangular nanoplates is studied. In the governing equation, the influences of initial stresses and elastic foundation are also considered. An analytical approach is used to solve the governing equation. The effects of different parameters such as gradient parameter on the circular and cut-off frequencies are presented. One can see that the initial stress and gradient parameter play an important role in investigating the wave propagation in nanoplates. Introduction: Wave propagation seems to have different application in macro- and nanostructures such as vibration control, damage detection, computation of elastic constants, aviation and transportation. In recent years, a number of studies of wave propagation in nanostructures have been carried out through theoretical modeling and computer simulation. Narendar and Gopalakrishnan investigated the thermal effects on the ultrasonic wave propagation characteristics of a nanoplate based on the nonlocal continuum theory. The axial stress caused by the thermal effects was considered. The wave propagation analysis was carried out using spectral analysis. Wang et al. studied the small-scale effects on the flexural wave in the nanoplate. Based on the nonlocal continuum theory, the equation of wave motion was derived and the dispersion relation was presented with considering the initial stresses and elastic matrix. Arash et al. developed a nonlocal elastic plate model that accounts for the scale effects for wave propagations in graphene sheets. Moreover, a finite element model developed from the weak-form of the elastic plate model was reported to fulfill a comprehensive wave study in the sheets. Based on the Bernoulli–Euler and Timoshenko beam theories, a single-elastic beam model using nonlocal elasticity was developed for the wave propagation in carbon nanotubes (CNTs) by Heireche et al.