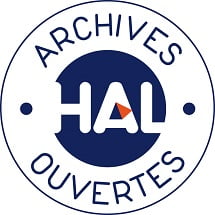 Virtual Reality and Augmented Reality research in the architecture field show a variety of possible uses of systems to accompany designers, laymen and decision makers in their architectural design process. This article provides a survey of VR and AR devices among a corpus of papers selected from conferences and journals on CAAD (Computer Aided Architectural Design). A closer look at some specific research projects highlights their potentials and limits, which formalize milestones for future challenges to address. Identifying advantages and drawbacks of those devices gave us insights to propose an alternative type of system, CORAULIS, including both VR and SAR technologies, in order to support collaborative design to be implemented in a pedagogical environment. Introduction: In 1994, Milgram and Kishino [1] coined the mixed reality concept, illustrating a scale of realities, ranging from the real environment to the virtual environment, including both Augmented Reality (AR) and Augmented Virtuality (AV). Our focus will be on VR and AR, specifically their use in architecture. Both offer alternative types of design representations and have a high potential to enhance architectural ideation and design. Development of VR and AR didn't go as fast as expected, mainly due to technical issues and the cost of devices supporting those types of reality. VR can be experienced either with a HMD (Head Mounted Display) or within an immersive room. The commercialization of affordable HMD to support VR like the Oculus Rift, the HTC Vive, the Samsung Gear VR or the low-tech Google CardBoard, to name a few, makes it more accessible for institutions, universities or architecture studios to access and benefit from VR technology. Immersive spaces like CAVE's [2] or Panoscope1 inspired platform still represent high investments for institutions or firms but had shown its worthiness. On the other hand, AR applications are available on a range of display devices, including easily accessible ones, like smartphones and tablets. The portability of those devices makes it suitable to develop on site applications to assist designers, workers and decision-makers to deal with design and construction issues.