Methods and materials: This was a retrospective review of outcomes of conservative therapy for women presenting with symptoms of OAB, both wet and dry, and stress, urge or mixed urinary incontinence in a tertiary urogynaecology centre between 2010 and 2016. Patients were identified from a database recording outcomes of conservative treatment clinics led by the continence nurses. Women were divided into three groups based on their urinary symptoms, in accordance with ICS [3] definitions, as OAB, mixed urinary incontinence (MUI) and stress urinary incontinence (SUI). Patients were excluded if they had bothersome pelvic organ prolapse symptoms, previous continence surgery or concomitant bowel function disorders or were already receiving relevant medication for urinary symptoms. All patients had been offered standardised conservative management, which included lifestyle and behavioural modification advice [13], bladder training [14] and supervised pelvic floor exercises [15]. Validated disease-specific symptom and QoL questionnaires (ICIQ OAB-SF [16], ICIQ-UI SF [17]) and a 3-day bladder diary were used to record symptom severity at baseline. Treatment intervention for women with SUI symptoms or stress-predomination MUI included one-to-one sessions teaching PFE and assessing their contraction strength. If these were insufficient to control the symptoms, then intravaginal devices or a ring pessary with a knob was considered. Quality of PFE was assessed by asking about a change in urinary symptoms in subsequent visits and by the Modified Oxford Grading System [18] during vaginal examination when strength and endurance of muscles were assessed with a 10-s interval. Intervention for OAB symptoms and urge urinary incontinence included teaching PFE, giving lifestyle advice (avoidance of bladder irritants, spacing out volumes of fluids, insurance of daily fluid intake between 1.5 and 2 l and cessation of drinking 2 h before bed time), and behavioural advice (gradual time interval increase between voids, usage of deferring and distraction techniques, stopping convenience voiding and use of urge suppression techniques). The intervention lasted between 3 and 6 months, depending on the symptom response and the patient’s adherence to given advice. The follow-ups were scheduled 3 monthly unless a patient required additional support, which included telephone sessions. Treatment outcome was defined as success or failure by using the Patient Global Impression of Improvement (PGI-I) questionnaire [19]. Success was defined by the responses "very much better" or "much better" at the end of treatment. Three-day bladder diary data on urinary urgency, incontinence episodes and micturition frequency were calculated for each day per client and then averaged over the 3 days, and the median of the averages was obtained for each group. 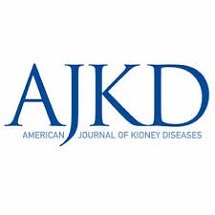