In 2017 a National Rosacea Society expert committee developed and published an updated classification of rosacea to reflect current insights into rosacea pathogenesis, pathophysiology, and management. These developments suggest that a multivariate disease process underlies the various clinical manifestations of the disorder. The new system is consequently based on phenotypes that link to this process, providing clear parameters for research and diagnosis, as well as encouraging clinicians to assess and treat the disorder as it may occur in each individual. Meanwhile, a range of therapies has become available for rosacea, and their roles have been increasingly defined in clinical practice as the disorder has become more widely recognized. This update is intended to provide a comprehensive summary of management options, including expert evaluations, to serve as a guide for tailoring treatment and care on an individual basis to achieve optimal patient outcomes. Overview: Rosacea is a chronic inflammatory disorder of the facial skin that primarily affects the cheeks, nose, chin, forehead, and eyes, often characterized by remissions and exacerbations. Cutaneous features include persistent facial erythema, phymas, papules, pustules, telangiectasia, and flushing. Rosacea has been most frequently observed in fair-skinned individuals, but has been increasingly diagnosed in Asians, Latin Americans, African-Americans, and Africans. In epidemiological studies of Caucasians, the incidence of rosacea has been 10 percent or higher, and a recent analysis of worldwide epidemiological data estimated that rosacea may affect 5.5 percent of the population on a global basis. The disorder is diagnosed more often in women than men, and onset typically occurs after age 30, though it may develop at any age. The density of Demodex mites is often found at higher levels in rosacea patients than in those without the disorder. 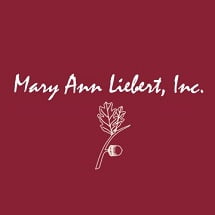