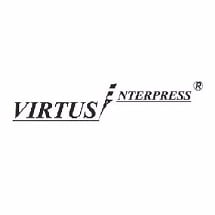 Literature Review: There is a burgeoning research interest in managing, measuring, and reporting human resources within a non-financial framework. The popularity was in part due to the influential work of Elkington (1997), which developed a new triple bottom line (TBL) approach to integrate social and environmental dimensions in accounting and reporting. The TBL consists of three elements: profit, people, and the planet. Gray (2006) compares “well-being” and “wealth” and demonstrates the importance of high-quality reporting on sustainability and its interaction with global human and economic society. Dumay, Bernardi, Guthrie, and Demartini (2016) reviews the literature on integrated reporting and show that a common objective for intangible capital (i.e., human capital) and physical capital reporting is to communicate value creation. They argue that an “eco-system approach” should be employed to advocate “leveraging financial, manufactured, intellectual, human, social and relationship, and natural capital as part of creating value”. The importance of human resource reporting was emphasized in a research study on responsible innovation (Scherer & Voegtlin, 2020). It stated the grand challenges that humanity faces – poverty, inequality, hunger, conflict, climate change, deforestation, pandemic, among others – hinder the progress of sustainable development. These issues can be addressed only by fundamental changes in behavior, as well as in the modes and processes of production and of business more generally. Thus, human resources and its reporting are essential to the concept of responsible innovation and sustainable development supplemented by the potential of various models of corporate governance (Scherer & Voegtlin, 2020). Human resource reporting is also part of corporate social responsibility (CSR) and corporate governance. A review of empirical studies found that both independence and gender diversity were positively linked with CSR reporting which was differentiated between internal CSR reporting measures and external CSR disclosure ratings (Velte, 2019). The effects of internal audit human resources on external audit pricing decisions were investigated. The study found that external audit fees were negatively and significantly associated with the proportion of internal auditors, and external auditors were encouraged to utilize more internal auditors in performing an external audit (Cho, 2018). Another study investigated a holistic framework of Islamic accountabilities in annual reports and found disclosure levels included Sharia 40% and financial 81%, but only 28% for CSR (El-Halaby, Hussainey, Marie, & Mohsen, 2018). A literature search (Yeung, 2017) on human capital development from 2007 to 2014 involved 27 articles from different countries and found that developing a concept for human capital development was crucial for corporate sustainable development. A case study investigated the process of implementing a people-related strategy that focused on exploring and developing the potential to serve organizations and the community (Yeung, 2017).