In this paper, a multi-objective particle swarm optimization algorithm is used to obtain the Pareto frontiers of the different commensurable and conflicting objective functions for fuzzy controller design. Also, the Lorenz dominance method is used to illustrate the equitable solutions. The nonlinear benchmarks are the inverted pendulum and ball-beam systems. The objective functions for the inverted pendulum system are the normalized angle error of the pendulum and the normalized distance error of the cart; and for the ball-beam system they are the distance error of the ball and the angle error of the beam, which must be minimized simultaneously. The comparison of the obtained results with those in the literature demonstrates the superiority of the results of this work. Introduction: The development of fuzzy controllers for various engineering problems has been a major research activity in recent years (for example, the studies by Harb and Smadi, 2004; Chen, 2011; Bui et al., 2012; Li et al., 2012; and Yeh et al., 2012). In this way, the heuristic parameters of fuzzy controllers have to be determined via an appropriate approach. A very effective way to choose these factors is the use of evolutionary algorithms, such as, for example, the genetic algorithm (GA) and particle swarm optimization (PSO). Belarbi et al. (2005) applied the genetic algorithm to optimum design of Mamdani fuzzy logic controllers. Pourzeynali et al. (2007) implemented the genetic algorithm and fuzzy logic for active control of high rise building structures. Shayeghi et al. (2008) proposed a multi-stage fuzzy controller for solution of the load frequency control which operated under deregulation – the membership functions were also designed automatically by PSO. Larbes et al. (2009) used an optimized fuzzy logic controller to achieve the maximum power point tracking in a photovoltaic system. Marinaki et al. (2010) optimized the fuzzy controller by PSO for vibration suppression of beams. Bingul and Karahan (2011) controlled a two-degrees-of-freedom planer robot by fuzzy logic controller, and PSO was utilized to tune fuzzy parameters. Pan et al. (2011) tuned an optimal fuzzy proportional-integral-derivative controller using GA and two variants of PSO. 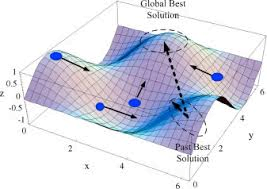