This paper presents a novel topology of a three-level current-source PWM inverter totally driven by using single gate-drive power supply used for a grid connected inverter. The great feature of the proposed inverter circuit is that all of the power switches are connected on common-source or common- emitter configuration. Using this common-source current-source inverter (CS–CSI) the number of gate-drive power supply can dramatically be reduced into only a single power source without using bootstrap technique or many isolated power supplies. Operation of the proposed new inverter was tested by using computer simulation and experimentally. The simulation and experimental results proved that the inverter works properly generate a three-level output current waveform and inject a sinusoidal current into power grid with unity power factor operation. During grid connected operation, almost all harmonic orders are suppressed by using an additional harmonic suppression technique. Introduction: Recently, with the continuing increase of oil price and other fossil fuel, the distributed renewable power generation such as wind energy, fuel cell and photovoltaic are becoming more and more interesting from the environmental issue and energy conservation point of view [1,3,6,10]. The renewable energy sources such as photovoltaic (PV) solar energy becomes a very interesting alternative to supplement the generation of electricity, among green power sources because it can be utilized either at remote regions as stand alone apparatus or at urban application as grid interactive power source [13]. However, not many PV systems have so far been connected into the power grid due to the problems such as the relatively high cost of power converter and photovoltaic module, system complexity e.g. the need of transformer in connection system [5,8,9,15]. But, with the advanced technology in material technology of the solar cell, it leads to the solar panel becoming cheaper, thereby, a reduction of cost per inverter watt and system complexity are important matter to make PV generator system more attractive and become widely used. 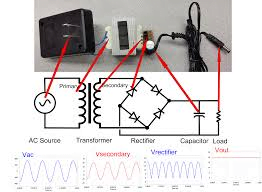