Biogenic amines are anti-nutritional nitrogenous bases formed by the action of microbial decarboxylases on free amino acids. They are found widely in varying concentrations in meat and meat products. Public health significance lies in their toxic effects associated with high levels in meat and meat products. Owing to their consistent presence with microbial spoilage they are utilized as quality indicator in terms of spoilage/freshness of meat and meat products. The reason for the formation of these amines is multi-factorial however the poor quality meat is the most important one, contributing substrate for microbial decarboxylases. Their presence can be analytically determined in the food stuffs by employing various techniques. The key to control biogenic amines is the good manufacturing practices. Many new technologies have also been emerged to reduce the levels of these amines to permissible limits. Introduction: Biogenic amines are organic nitrogenous bases of low molecular weight that possess biological activity. On the basis of source, these are grouped into two types, endogenous and exogenous biogenic amines. Endogenic amines are neurotransmitters produced by different tissues (de novo biosynthesis) and are transmitted locally or via the blood system. These are further divided into three classes i.e., catecholamines (dopamine, norepinephrine, epinephrine), indolamines (serotonin, 5-hydroxytryptamine, melatonin) and histamines. They have many physiological functions like growth regulation, neural transmission, mediators of inflammation etc. (Onal 2007). Exogenic amines are natural anti-nutritional factors detected in both raw and processed foods (Santos 1996). They are formed by the removal of the α-carboxyl group from amino acids and they are usually named after corresponding precursor amino acid e.g., histidine is decarboxylated to produce histamine tryptophan to tryptamine, tyrosine to tyramine and lysine to cadaverine. However, putrescine can be produced from three amino acids: glutamine, arginine and agmatine (Stadnik and Dolatowski 2010). Arginine, thus formed is easily converted to agmatine or as a result of bacterial activity can be degraded to ornithine from which putrescine is formed by decarboxylation (Fig. 1). 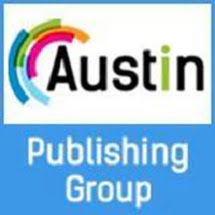