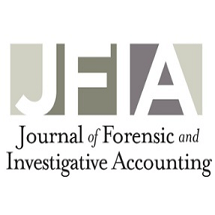 Conclusion: The six examples of confirmation audit fraud discussed above illustrate how absurdly easy it is to deceive auditors and regulators who rely on traditional, paper-based audit processes rather than the more sophisticated electronic system. They also remind us that the most likely asset to be targeted in a fraud is cash. Unfortunately, some auditors simply do not demonstrate the appropriate degree of professional skepticism when confirming cash balances. The paper-based confirmation process developed in the nineteenth-century lulled us into accepting signed documents at face value. But technology has changed since then. Criminals are ingenious in the use of fax machines, scanners, printers, software, and the Internet to forge bank statements and other documents. They also are very adept in creating bogus snail mail and e-mail addresses, impersonating bank officials and other third party respondents, and otherwise deceiving inattentive, complacent auditors. The NFA took a bold, but necessary, step when it mandated electronic audit confirmation for its membership in 2012. Now it is time for the AICPA and the PCAOB to do the same for private and public companies. Allowing the use of electronic audit confirmations is simply not good enough. Witness the role Confirmation.com played in uncovering the frauds at China MediaExpress, PFG-BEST, and Major Play Fund. Just the threat of electronic confirmations was enough to make the CEO of PFG-BEST attempt suicide. Capital Confirmation, Inc.’s Guide to Electronic Confirmations summed up the problem nicely: “You can’t do a twenty-first century audit using nineteenth-century technology.”