INTRODUCTION: Tennis is one of the most popular sports in the world, owing to the unique combination of aerobic and anaerobic activity that is enjoyable for all ages and skill levels. At the competitive level, tennis is showcased through the dynamic exchange of intricate strokes and serves by some of the world’s most versatile athletes. However, the physical demands of this sport are known to put athletes at risk for a variety of musculoskeletal injuries. A recent study of professional tennis competitions found that more than 50% of men’s and women’s departures from competition could be attributed to injury. Although specific injury incidence varies by age, sex, and experience level, studies of the general tennis population report that incidence can range from 0.05 to 2.9 injuries per player per year. This observed high prevalence of injury has led many researchers to study how tennis mechanics contribute to the profiles of various musculoskeletal injuries. Descriptive epidemiologic studies of tennis injuries have found that injuries occur most frequently in the lower extremity, followed by the upper extremity, then trunk. Although the upper extremities are not the most prevalent injury site, a recent study investigating the epidemiology of the National Collegiate Athletic Association (NCAA) men’s and women’s tennis injuries suggested that tennis has a higher proportion of upper extremity injuries than other NCAA sports. Additionally, distinct patterns of injury are observed among sites of occurrence. Lower extremity tennis injuries are mostly acute and result from traumatic events, whereas upper extremity injuries are mostly chronic and result from repetitive overuse. To better understand these findings, risk factors for upper extremity overuse injuries have been widely presented in the literature for the overhead throwing and striking athlete population. These studies proposed that the excessive loading of upper extremity contributes significantly to soft tissue problems, revealing the important role that technique modification of joint biomechanics can have in both injury prevention and treatment. 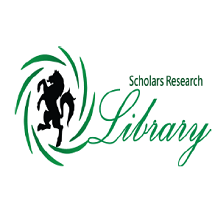