INTRODUCTION: In the last decades, the availability of sulfur has considerably grown in many countries. This is mainly due to the current environmental restrictions regarding the petroleum and gas refining processes, which limit the maximum quantity of sulfur present at combustibles. Extremely large quantities of sulfur are obtained as a by-product of these processes together with coal processing. The development of new applications for sulfur becomes fundamental. Sulfur asphalt used for paving roads has long been identified as one of the prominent among its applications. Using sulfur to enhance or supplement asphalt could consume significant amount of sulfur, even if sulfur captures only a conservative 5% of the current asphalt market, it would represent a market for nearly one million tons of sulfur annually and can help alleviate the oncoming sulfur surplus (Mohammed Al-Mehthel et al., 2010). Currently, there are initiatives to promote market development of sulfur products in the construction material sector. In the transportation industry, sulfur asphalt is a substitute product for road construction binders and could potentially grow big enough to take up a major expected production surplus of sulfur. Sulfur modified asphalt can be a substitute for the normal asphalt binder employed in road construction. In Saudi Arabia, sulfur, a by-product of oil and gas production, is produced currently at a rate of approximately 6,000 tons/day. The rate of production is expected to increase to 10,000 tons/day in a few years. Although sulfur is a vital raw material to manufacture a myriad of products, its abundance has reduced its price worldwide. The storage of the sulfur will also pose an environmental hazard. Other avenues such as the use in local construction industry should be explored to utilize this abundant sulfur in a useful, economical, and environmentally friendly way. The Department of Civil Engineering at King Fahd University of Petroleum and Minerals (KFUPM) has recently completed a major research project to explore the possibility of utilizing sulfur as a binder for making sulfur-asphalt and sulfur-concrete materials. The study on sulfur-asphalt concrete consisted of testing sulfur modified asphalt with local asphalt-concrete mixes, and assessing the effect of sulfur and the modified sulfur asphalt mixes by comparing their performance with those of the local plain and sulfur extended asphalt concrete mixes. The work presented here consists of the assessment of sulfur containing gases emitted from sulfur modified asphalt concrete mix at both production plant and field construction site. 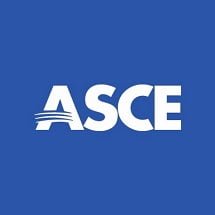