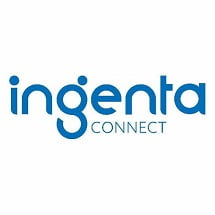 Increased use of humic substances in agriculture has generated intense interest among producers, consumers, and regulators for an accurate and reliable method to quantify humic acid (HA) and fulvic acid (FA) in raw ores and products. Here we present a thoroughly validated method, the new standardized method for determination of HA and FA contents in raw humate ores and in solid and liquid products produced from them. The methods used for preparation of HA and FA were adapted according to the guidelines of the International Humic Substances Society involving alkaline extraction followed by acidification to separate HA from the fulvic fraction. This is followed by separation of FA from the fulvic fraction by adsorption on a nonionic macroporous acrylic ester resin at acid pH. It differs from previous methods in that it determines HA and FA concentrations gravimetrically on an ash-free basis. Critical steps in the method, e.g., initial test portion mass, test portion to extract volume ratio, extraction time, and acidification of alkaline extract, were optimized for maximum and consistent recovery of HA and FA. The method detection limits for HA and FA were 4.62 and 4.8 mg/L, respectively. The method quantitation limits for HA and FA were 14.7 and 15.3 mg/L, respectively.