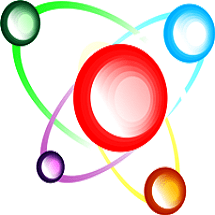 Recent changes in government and legal accounting legislation presuppose that government financial and budget information should provide users with transparent information and accountability. Thus, accounting standards establish the obligation of federal and state governments to prepare reliable financial and budget information in such a way as to present and disclose the items associated with government activities, particularly as regards debt acquired in connection to contractual relationships called public-private partnerships. Enforcement of this obligation is still fragile, however. No effort has yet been made to provide financial information on the matter of debt relating to such agreements, or information regarding the amounts that are allocated to public spending for such activities. Introduction: The economic crisis of the late 1980s made plain the inability of various governments to finance public expenditures, prompting a resurgence of the classic theory of the economy and with it the encroachment of market-based logic into public administration. The borders between the public and private sectors became more tenuous, as public administration took on a new role and allowed the private sector to make significant inroads as supplier of public goods and services. It is precisely in this context that public-private partnerships (PPPs) emerged. According to the Organization for Economic Cooperation and Development (OECD), there are certain prerequisites for the success of a PPP. Among these are that the agreements should be clear, transparent, and should involve users in designing and monitoring the PPP project to guarantee an optimum quality-price ratio; and also as a fundamental mechanism for government accountability. Hence the importance of the way PPPs are recorded in government accounting. This type of PPP and Private Finance Initiatives (PFI) were first developed in the United Kingdom starting in 1992, and since then have spread to other countries [1]; “in the United Kingdom alone, around 580 contracts have been signed for a value of around 40 billion dollars” [2].