Introduction: Globalization and the internationalization of markets have increased competitive pressures on business enterprises. This has led companies to engage in projects that are critical to their performance, if not their survival. These projects, common in industries such as engineering services, information technology, construction, and pharmaceutical have one thing in common: they need to be managed, that is, they need to be planned, staffed, organized, monitored, controlled, and evaluated [1]. In order to succeed, companies must deliver projects on time and within budget, and meet specifications while managing project risk. While large amounts of time and resources are dedicated to selecting and designing projects, it remains of paramount importance that projects be adequately managed in organizations if they are to achieve their performance objectives. In this regard, what are we to think of the management of the Athens Olympic Games, first estimated at a cost of 3 billion €, that finally ended costing 12 billion € [2]? Of the Canadian Arms Registry, an information system first estimated at ‘‘no more than 2 million dollars a year’’ in 1995, that finally cost close to one billion $ (CAN) 10 years later [3]? Or of the 275% cost overrun in Boston’s Big Dig (Central Artery/Tunnel Project), totaling 11 billion $ (US) as of 2006 [4]? Thus, ‘‘project management remains a highly problematical endeavour’’ [5]. In the information technology (IT) industry, Gartner Research estimates that 75% of large IT projects managed with the support of a project management information system (PMIS) will succeed, while 75% of projects without such support will fail [6]. Using PMIS to manage projects, while not sufficient to insure project success, has thus become a necessity. Project management, which has long been considered an important characteristic of successful companies [7], is more than ever necessary to efficiently and effectively manage these projects and to support project managers in their decision-making. As powerful project management software has been developed and diffused in all types of organizations, be they large or small, private or public, they are meant to make a significant contribution to project management. Similar to other information systems (IS), a successful PMIS should have individual impacts in terms of satisfied users and effective use. But a successful PMIS should also have organizational impacts, that is, impacts on project success in terms of respecting budget, schedule, and specifications. While PMIS are increasingly used by project managers in all types of industry, not much is known on the characteristics of these systems that contribute to project success. Thus the purpose of this study is first, to empirically assess the quality of the PMIS presently used in organizations and second, to examine their impact on project managers and project performance. 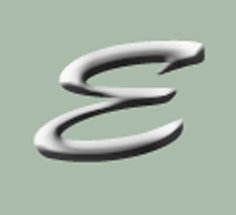