Introduction: Traditionally, the question of power system stability has been connected to maintaining synchronism among energy sources. The production of electricity in the conventional utility is primarily secured using synchronous generators, and for that reason it is important to secure their synchronism and parallel operation. Therefore, the question of stability in conventional power systems is mainly based on the stability of synchronous machinery and on the relationship between the active power and rotor angle of the generator [1,2]. Nowadays, the justification for the large centralized station has weakened due to depleting conventional resources, increased transmission and distribution costs, deregulation trends and environmental concerns. Distributed generation sources (DGs) are commonly used for small scale generation and can offer a solution to many of the centralized generation challenges PAL Microgrids are considered as clusters of distributed energy sources, loads and controls, organized to deliver the optimum energy service [5]. The most common perturbations in power networks can be analyzed by the small signal stability study. The small signal stability analyses have been investigated in several papers. In [6,7], both Lihui and Yang, respectively, presented stability analyses of microgrids supplied by the main utility along with the contribution from wind energy to detect the critical modes, which can influence the stability. In [8], Zhixin studied the inter-area oscillation problems caused by high penetration of grid-connected doubly fed induction generators (DFIGs), and a damping controller was designed to show the competency of that controller. Amir in [9] investigated the modelling and stability analysis of DFIGs interfaced to the grid via a series-compensated transmission line, and the critical parameters, which influence the system stability, were identified. A coordinated tuning of the controller to enhance the damping of the oscillatory modes, which can deteriorate the stability of DFIGs in grid-connected mode, was shown by Yateendra in POI. The use of energy storage systems for a grid-connected doubly fed induction generator was shown in [11] by Mishra. The storage systems were employed to counter the intermittent nature of wind turbine power. A coordinated control scheme was used to enhance the damping of the oscillatory modes. DGs are normally located near to customers and are interfaced to networks via electronic inverters to regulate the output. DGs interfaced via inverters are considered one of the most common energy sources supplying microgrids. 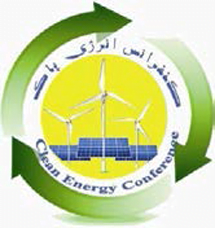