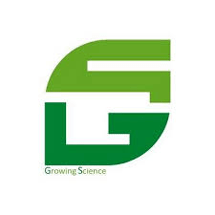 Statement of Problem: Though it was cited in Enofe et al. (2013) study that HRA concept is very popular, it lacks general acceptability and still many organizations are attempting to understand it conceptually. The recognition of HRA is lagging as there are no accounting standards that guide the consideration dimensions of HR in financial statements. However, it is considered that human resource is the intellectual asset of any firm as their employees’ competencies and capabilities determine the achievement of an organization (Bokeno, 2011). Some organization’s financial statements demonstrate the huge amount of money spent on employee development like training, employee welfare, medical, and insurance are not regarded as an investment rather those costs are company expenses for a particular period which will affect the firm’s value and profit. The foremost issue is how to assess the worth and economic value of employees to the organization and how to determine the cost issues. Therefore, a well-established system of HRA could account for managerial decisions internally and investors’ decisions externally (Fajana, 2002). Rao (2000) asserted that prospective investors can easily decide on their investment in various firms based on investigating the strength and utilization of human assets. It has been observed very few developed and developing countries like Canada, United States, Mexico, and India have implemented HRA and there needs to be a massive consideration globally to recognize and standardize the HRA concept to bring changes in their financial statements. While computing employees’ worth in terms of experience, qualification, and contribution to the organization is a key limitation, it is also hard to predict how long the organization can retain its employees could make it challenging to compute the value for more than a year. Meshack et al. (2013) reported many researchers suggested various approaches to valuing employees. Brumment suggested the original cost method; Likert recommended the replacement cost method; Flamholtz, Bullen and Hua developed the present value method but so far, no method is accepted globally. Till today the HRA concept is mostly restricted to academics but the practical implementation in firms is not observed actively. Many past researchers (Bowers, 1973; Likert, 1967; Schulz, 1961; Flamholz et al., 2002) research on bringing the worth of human in the firm’s financial statements. As such the HRA concept is very new in Saudi Arabia. Hence, this study was conducted to bridge the gap by investigating the impact of HRA on the overall performance of small and medium enterprises (SME) of Saudi Arabia.