Research outlook and limitations: The studies which are summarized in this manuscript, mainly focusing on HR practices and their influence on organizational performance, but these are only segments of the reality. The idea to compare the HR function its setup and influence over regions, requires a broader multiple stakeholder framework to examine and understand all the interdependences. To bridge this gap between theory and practice, Jackson et al. (2014) propose a so called “Aspirational Framework for SHRM”. The Aspirational Framework, which is developed in its origin by Jackson and Schuler (1995), integrate multiple stakeholders (e.g. external environment and internal environment, HRM systems, outcomes for internal and external stakeholders) into one holistic model. From my perspective, it would be a very fruitful avenue of future research to put all the empirical fragments of different SHRM disciplines together in one model. Jackson et al. (2014, p. 16) pointed out that only the minority of empirical SHRM studies consider environmental characteristics as antecedents of HRM. Empirical region or country comparison research would benefit from a picture which includes multiple stakeholders. Particularly, the consideration to operate with the institutional factors: industrial relations and unions, market conditions and the national culture as predictor or moderator variable. The use of CRANET data could be used as data backbone expanded with data of external stakeholders; for the analysis multilevel modeling or structural equation modeling appear as promising. In general, the outcome could help to expand the view of SHRM research, instead of finding an ever-smaller research gap. However, the summarized results and the conclusion suffer from limitations and have to be reviewed carefully. First, research on HRM and its impact on performance in China is comparatively new. The sample sizes of the existing studies are rather small. In addition, most studies collected their data in the metropolitan regions of Beijing, Shanghai and Nanking. Thus, conclusions regarding Chinese HR functions are related to these economic regions. Nevertheless, a number of empirical studies by different authors and heterogeneous data sources support a comparable relationship between HR procedures and organizational performance in China relative to Western countries. Second, most of the summarized studies measured the effect of HR procedures on performance post hoc (for example, net revenue in the previous fiscal year). This means that the majority of studies might be biased because the causal relationships they describe are the effects of HR procedures on performance indicators (Paauwe, 2009). Thus, there is a lack of panel studies on the relationship between HRM and performance that do not rely on lagged values. Third, the studies summarized in this manuscript were determined based the number of citations and their reputation (the ranking of journal in which they were published). The authors primarily came from the field of HRM research and published in HRM journals. Thus, it is conceivable that, rather than offering a critique, the authors were motivated to report positive links between HRM and organizational performance. In other words, it is conceivable that the studies focused on HRM in areas for which positive results of HRM were expected. 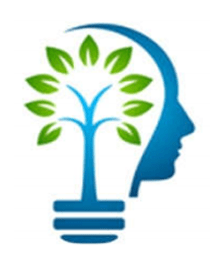