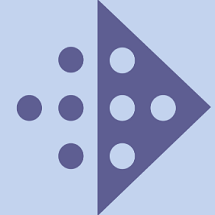 The central nervous system (CNS) is known to be sensitive to focused magnetic stimulation, which is now used routinely for the treatment of various disorders. Extremely Low Frequency Electro Magnetic Fields (ELF-EMF) have been used in various clinical settings and tests however, to date, little is known regarding their functional mechanisms in vivo and, in particular, as a total-body non-focused administration. The CNS acts as the first interactive organ, capable of modulating the effects of ELF-EMF treatment on living systems. This study analysed the effects of 5 different electromagnetic frequency-ranges on the CNS, by studying the endogenous response to exposure. Spectrometry was used to measure the strength of different cerebral wavebands in various brain topographies, together with a component of Z-ratio, as a comparative reference system. Materials and methods: 21 healthy subjects between 20 and 30 years of age were recruited and assessed on two different sessions, one sham day and one treatment day. The subjects were assessed during administration of 5 different ELF-EMF set-ups, using a SEQEX® device, all exposed to the same intensity of 20 μT (microtesla), with a protocol duration of 3 minutes, each using a Swipe method, with a progressive increase of 0.1 Hz. The setup range was devised as follows: • 1-3 Hz (δ) • 4-8 Hz (θ) • 9-13 Hz (α) • 15-29 Hz (β) • 31-56 Hz (γ) A 14 channel EEG device was used to measure the cortical responses of the 21 subjects during stimulation. Results: The response to the different electromagnetic stimulation set-ups varied, with activation of different brain derivations observed in EEG. In general, response was greater under stimulation within the δ range at 1-3 Hz, with a widespread increase in the band strength β (p < 0.05) and a ubiquitous decrease in the Z-Ratio (p < 0.05). Responses were minimal under stimulation in the γ range at 31-56 Hz, with a limited reaction in terms of activated areas and band strength, in any case coherent with the γ range, particularly in the right hemisphere (p < 0.01). Contrary to expectations, no significant increase was observed in the α band. Conclusions: The electrical activity of the CNS exhibits frequency dependent sensitivity to treatment with ELF-EMF. This observation, if confirmed in further studies and relevant for two main reasons: Firstly, it offers insight for an improved understanding of the mechanisms of action of ELF-EMF on complex biological systems from the perspective of preventing disorders caused by electromagnetic pollution. Secondly it creates several implications for possible integration into existing neurological and psychiatric therapeutic approaches [1].