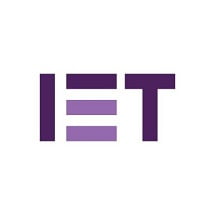 The increasing aggregation of renewable-based distributed generating units besides the impressive growing usage of non-linear loads raises unwanted challenges for traditional power terms definition in power engineering. This fact consequently affected the performance of the conventional control frameworks and industrial compensation techniques. In this study, the authors aim to provide an insightful summary over the most recognised time domain-based instantaneous power theories and discuss their advantages and disadvantages within a comprehensive mathematical-conceptual and applicational framework for professionals who are using instantaneous power theories within the smart grid applications. They conclude that there is still a need for a modified power theory which can be validated under non-sinusoidal-unbalanced load/source conditions respecting the physical meaning of different power and current components. Introduction: In the field of power engineering, the power components, such as active, reactive, are the basic and the most important conceptual tools for both system and control design. Under sinusoidal operating conditions, due to the straightforward configuration of a typical power system, there is no ambiguity in the definition of these components for a linear single-phase or linear balanced threephase system. During the last two decades, microgrid systems containing a variety of nonlinear loads such as power electronic converters and speed drives have been enormously integrated into power systems and started to challenge the traditional power terms concept and their mathematical definitions [1]. An important concern regarding this aggregation of microgrids is their output power oscillations and harmonic injection. The harmonic injection is an unwanted phenomenon which is enforced to the grid by nonlinear loads; especially switching devices used in power electronic interfaces. They can considerably reduce the quality of the voltage and current waveforms and causing interference problems in communication, power losses in distribution networks, and operational failures of electronic devices. Power standards (such as IEEE-519) enforce restrictions on the maximum amount of harmonic contents that a certain microgrid can inject to the grid at the point of common coupling (PCC).