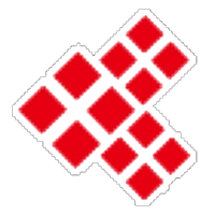 Wheat along with rice and maize is fulfilling half of the calories demands of the world. Global Wheat production has increased tremendously since green revolution in 1960’s and helped in minimizing hunger and malnutrition. Developing countries, which consume 60% of the global wheat production, have shown a higher yield increase than the developed countries in the past [1]. It was driven by the hunger prevalence in these countries and was attributable to the introduction of high yielding and rusted resistant semi dwarf varieties developed under the collaborative efforts of International and National research systems during the last 50 years. Whereas, climate change and the emergence of new pests and diseases are threatening the food sustainability. The evolution of new races of disease pathogens like stem rust (Ug 99) is of serious concern. In order to feed the ever in- creasing population we have to increase wheat production at the rate 1.6% which can be achieved by developing high yielding varieties having a good tolerance level for biotic and abiotic stresses. INTRODUCTION: Among the most important diseases in wheat that significantly reduce wheat production are those caused by the rusts (leaf, stem, and stripe). The rusts of wheat are among the most important plant widespread pathogens that can be found in most areas of the world where wheat is grown. Wheat leaf rust is caused by Puccinia triticina Eriks, wheat stem rust by Puccinia graminis f. sp. tritici, and wheat stripe rust by Puccinia striiformis f. sp. tritici. Leaf rust occurs more regularly and in more world-wide regions than stem rust or stripe rust of wheat. Yield losses in wheat from P. triticina infections are usually the result of decreased number of kernels per head and lower kernel weight and it may reach 40% in susceptible cultivars [2]. Yield losses caused by the stem rust pathogens in the mid of the 20th century reached 20% - 30% in Eastern and Central Europe and many other countries including Australia, China and India [3]. The yield losses caused by the most virulent stem rust race Ug99 emerged first in Uganda and after that in Kenya, Ethiopia, Yemen, in the Middle East and South Asia and losses were estimated to be approximately USD $3 billions.