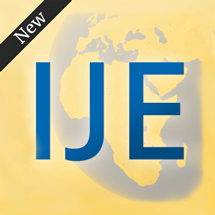 INTRODUCTION: In recent years, robotic systems have been increasingly implemented for many engineering applications [1-6]. Robust control of nonlinear systems has been the focus of many researchers to confront the uncertainties including parametric uncertainty, unmodeled dynamics and external disturbances [7, 8]. Since the lumped uncertainty is unknown in practical application, the upper bound of the lumped uncertainty is difficult to determine. Hence, an adaptive law is proposed to adapt the value of the lumped uncertainty in this paper. In robotic systems, an encoder that gives very precise measurements can be used for providing the controllers with the position feedbacks. Also, the velocity signals are often sensed by using a velocity tachometer, which is expensive and may be contaminated by noise [9]. Hence, it is essential to design an observer to estimate the velocity signals precisely. Therefore, in this paper, a robust control scheme for robotic systems with an adaptive observer is proposed. The control signal utilizes the estimated states derived from the observer and is designed using voltage control strategy. In this strategy, on the contrary of torque control strategy, actuator dynamics have not been excluded. In other words, instead of the applied torques to the robot joints, motor voltages are computed by the control law [10]. In comparison with the observer controller structure developed in literature [11], the proposed method is superior due to the model-free observer. The methods presented in literature [12-17] require all the states of the system to be available for measurement, whereas the proposed approach does not require the availability of the states and utilizes an adaptive observer to estimate the system states. Unlike the robust control approaches in literature [18-20], the proposed method has an advantage that does not need the upper bound of the lumped uncertainty.