Wind generation is increasing rapidly in the grid, which has greater impacts on the power system than ever. The impacts are more serious under grid fault. The low-voltage ride through (LVRT) controls of doubly fed induction generators (DFIGs) may change characteristics of synchronous generators (SGs) and threaten the transient stability of power system. However, the influence on the transient stability and even the controllable powers of a DFIG has not been considered in the existing LVRT method. The contributions of the reactive power supplied by a DFIG in the oscillation process of power angle of SG were analysed. The controllable range of powers of a DFIG was researched with consideration of the rotor speed limit. An LVRT control method of a DFIG based on the controllable range was proposed to improve the transient stability of power system. Simulations show that the proposed method could enhance the power angle stability of power system under the condition of avoiding overspeed and out of service of DFIG. 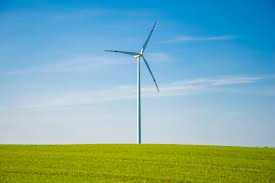