We develop a novel localization theory for networks of nodes that measure each other’s bearing, i.e., we assume that nodes do not have the ability to perform measurements expressed in a common reference frame. We begin with some basic definitions of frame localizability and orientation localizability. Based on some key kinematic relationships, we characterize orientation localizability for planar networks with angle-of-arrival sensing. We then address the orientation localization problem in the presence of noisy measurements. Our first algorithm computes a least-squares estimate of the unknown node orientations in a ring network given angle-of-arrival sensing. For arbitrary connected graphs, our second algorithm exploits kinematic relationships among the orientations of nodes in loops in order to reduce the effect of noise. We establish the convergence of the algorithm, and through some simulations we show that the algorithm reduces the mean-square error due to the noisy measurements in a way that is comparable to the amount of noise reduction obtained by the classic least-square estimator. We then consider networks in 3-dimensional space and we explore necessary and sufficient conditions for orientation localizability in the noiseless case. 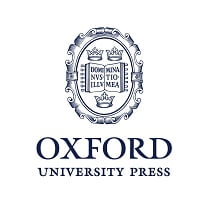