The inability of conventional energy sources to fully meet the rapidly increasing energy demands in today’s world has led to the growing importance of hybrid power generation systems that incorporate renewable energy sources. This work proposes an optimally designed multi-source standalone hybrid generation system comprising of photovoltaic panels, wind turbine generators, batteries and diesel generator. This design aims at minimizing emissions and cost, expressed in the form of the Net Present Value (NPV) of the system, while simultaneously maximizing its Energy Index of Reliability (EIR). The designed hybrid power generation system is further integrated into the distribution system as a Distributed Generation (DG); this is to optimally improve the performance of the distribution system by minimizing the total losses and the total voltage deviation of the distribution system. The combined cost and emissions incurred due to the energy purchased from the grid and the energy generated by DG are also reduced. For this purpose an improvised Multi-Objective Particle Swarm Optimization (MOPSO) algorithm is developed taking care of contradicting objectives. The proposed optimization algorithms are implemented using MATLAB for a standard IEEE 69-bus distribution system, using an hour-wise annual data of Spain. The location and size of DGs and the type and number of each generating source of the hybrid system are considered as decision variables. The effectiveness of the proposed optimal design using the improvised MOPSO algorithm is established in comparison with Improved Hybrid Optimization by Genetic Algorithm (i-HOGA) results. 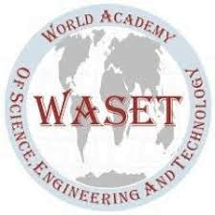