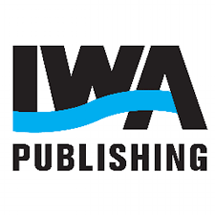 This study describes the first Norwegian microbial source tracking (MST) approach for water quality control and pollution removal from catchment run-off in a nature-based treatment system (NBTS) with a constructed wetland. The applied MST tools combined microbial analyses and molecular tests to detect and define the source(s) and dominant origin(s) of faecal water contamination. Faecal indicator bacteria Escherichia coli and host-specific Bacteroidales 16 s rRNA gene markers have been employed. The study revealed that the newly developed contribution profiling of faecal origin derived from the Bacteroidales DNA could quantitatively distinguish between human and non-human pollution origins. Further, the outcomes of the MST test have been compared with the results of both physicochemical analyses and tests of pharmaceutical and personal care products (PPCPs). A strong positive correlation was discovered between the human marker and PPCPs. Gabapentin was the most frequently detected compound and it showed the uppermost positive correlation with the human marker. The study demonstrated that the NBTS performs satisfactorily with the removal of E. coli but not PPCPs. Interestingly, the presence of PPCPs in the water samples was not correlated with high concentrations of E. coli. Neither has the latter an apparent correlation with the human marker.