One of the key issues in wireless sensor networks is data collection from sensors. In this area, data aggregation is an important technique for reducing the energy consumption. Also, reliability and robustness of transferring data is one of the important challenges. The in-network data aggregation approach which is proposed in this paper, besides achieving ideal energy consumption by limiting a number of redundant and unnecessary responses from the sensor nodes, it can increase the chance of receiving data packets at the destination and cause to a more accurate results. By utilization of J-Sim simulator, the proposed approach is compared and evaluated with some important approaches in this area. The simulation results show that by using the proposed approach, the loss amount of the data packets and the average energy consumption of network will be considerably reduced. INTRODUCTION: Wireless Sensor Networks consist of several sensor enable nodes which are distributed in an environment and use batteries as energy resource. In such Networks, you can query about physical quantities of the environment. The sensors nodes can be in a tree liked structure that with in, the base station roles as the root of the tree and each node has a parent. Therefore, the data items can be transmitted hop by hop from the leaf nodes to the root and also they can aggregate during such transmission [7], [16]. Because of using common and wireless Medias and appearing of some environment causes like noises, data transmission between the network nodes always expose to faults and loss of packets. The loss of data has a direct effect on the accuracy of the received result, because the part of the values which should use in partial data aggregation became loss. Especially when such data losses occurs near the root the amount of lost data become larger and the result become more inaccurate. 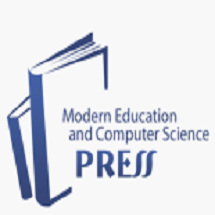