This paper presents a novel technique for optimizing the FACTS devices, so as to maintain the voltage stability in the power transmission systems. Here, the particle swarm optimization algorithm (PSO) and the adaptive gravitational search algorithm (GSA) technique are proposed for improving the voltage stability of the power transmission systems. In the proposed approach, the PSO algorithm is used for optimizing the gravitational constant and to improve the searching performance of the GSA. Using the proposed technique, the optimal settings of the FACTS devices are determined. The proposed algorithm is an effective method for finding out the optimal location and the sizing of the FACTS controllers. The optimal locations and the power ratings of the FACTS devices are determined based on the voltage collapse rating as well as the power loss of the system. Here, two FACTS devices are used to evaluate the performance of the proposed algorithm, namely, the unified power flow controller (UPFC) and the interline power flow controller (IPFC). The Newton–Raphson load flow study is used for analyzing the power flow in the transmission system. From the power flow analysis, bus voltages, active power, reactive power, and power loss of the transmission systems are determined. Then, the voltage stability is enhanced while satisfying a given set of operating and physical constraints. The proposed technique is implemented in the MATLAB platform and consequently, its performance is evaluated and compared with the existing GA based GSA hybrid technique. The performance of the proposed technique is tested with the benchmark system of IEEE 30 bus using two FACTS devices such as, the UPFC and the IPFC. 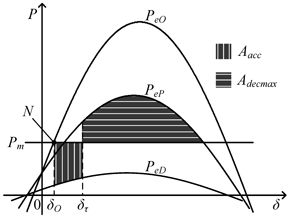