Introduction: For a long time, it has been observed that people who have more education tend to be healthier [5], [7], [8], [9]. Some suggest that the reason for this is because better-educated people have better labour market outcomes which provide them with higher income with which they are able to access quality healthcare [5], [28]. Others have also suggested that schooling develops cognitive skills which enhance health decision-making and the adoption of positive health behaviour [38], [44]. At the national level, the UNDP health index [51] and national literacy rates [11] reveal that on average, the more literate countries also have higher health indices. There is, however, no conclusive evidence that suggests that this relationship is causal in nature [28], [55]. While a few studies have pursued the path of finding causal relationships in developed countries, particularly in the US and UK in the last decade, the same cannot be said for developing countries [18], [22], [23], [25]. This paper extends the frontiers of this strand of research by examining data from a natural experiment originating from an early childhood policy in Ghana, a developing country. This study contributes to our understanding of the education-health nexus by examining the causal relationship between education and health. There are relatively more studies that have shown that there is a correlation between education and health. Studies concerned with the causality of this relationship are however limited. The small (but fast-growing) literature in this area, however, presents mixed results [5], [28]. For instance, [14] and [34] explored compulsory schooling laws, as a source of exogeneity in Britain and concluded that while those policies increased average years of schooling, there was no causal effect on health outcomes. Albarran et al. [5] obtain a similar conclusion using cross-country data for Europe. One explanation suggested for those results is that the general quality of, and access to healthcare in those countries are high so that there is little variation based on educational attainment. Other studies such as [15] however, using data for Britain and exploiting the same compulsory schooling laws, find very strong causal effects of education on health. This paper contributes to this discussion by providing new evidence. 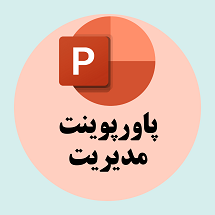