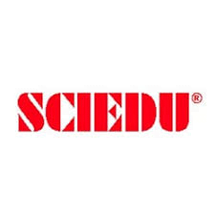 Cosmetic earnings management (CEM) occurs when income is rounded (manipulated) up by a relatively small increment to reach a key reference point for users, which creates a disproportionately more favorable view of the company than would have existed otherwise. Significant research shows this type of biased reporting occurred virtually worldwide prior to the corporate governance legislation enacted in many countries in the early-to-mid 2000s. However, more recent research provides evidence that CEM in the U.S. disappeared after implementation of the Sarbanes-Oxley Act (SOX) of 2002. Yet, outside the U.S., little research exists on this form of earnings management following the enactment of similar corporate governance legislation. Using Benford’s Law and digital analysis, the current study tests for CEM in Canada before and after Ontario Bill 198 and other corporate governance legislation in that country. The results reveal clear signs of CEM in Canada prior to this legislation but no indications of it afterward, thus suggesting the legislation contributed to the eradication of CEM in Canada much like SOX did in the U.S.