In this paper, a chance-constrained system of systems (SoS) based decision-making approach is presented for stochastic scheduling of power systems encompassing active distribution grids. Based on the concept of SoS, the independent system operator (ISO) and distribution companies (DISCOs) are modeled as self-governing systems. These systems collaborate with each other to run the entire power system in a secure and economic manner. Each self-governing system accounts for its local reserve requirements and line flow constraints with respect to the uncertainties of load and renewable energy resources. A set of chance constraints are formulated to model the interactions between the ISO and DISCOs. The proposed model is solved by using analytical target cascading (ATC) method, a distributed optimization algorithm in which only a limited amount of information is exchanged between collaborative ISO and DISCOs. In this paper, a 6-bus and a modified IEEE 118-bus power systems are studied to show the effectiveness of the proposed algorithm. 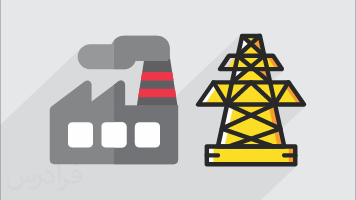