We empirically investigate the impact of capital structure on bank profitability using a quantile regression method in the Vietnamese banking system during 2007–2019. Our results suggest that the nonlinear relationship between capitalization and bank profitability is only significant at the 90th quantile. This is the first study to conclude that the turning point of capital ratio increases throughout the profitability distribution. Our findings thus suggest that a continuous increase in bank capital requirements does not necessarily result in higher bank profitability. Introduction: The financial crisis has reemphasized an essential role of bank capital since many large financial institutions went bankrupt or even were bailed out by the central banks and governments. The social cost of bank failures has justified and challenged the existence of regulatory capital requirements for banks. Higher capital levels allow them to absorb larger shocks and reduce the incentives of banks’ shareholders to take-on excessive risk. Notably, the new Basel accords have proposed a more rigorous bank framework regarding capital requirements. One of the main motivations of such capital requirements is to promote social efficiency by preventing the instability of the financial system. Le (2020) also shows that greater capital adequacy to enhance the banks’ financial soundness tends to weaken market discipline. However, such capital requirements may lead to trade-offs for the banking system. Banks often argue that higher capital requirements will jeopardize their performance if banks’ cost of financing increases significantly due to more capital holding. These higher funding costs could lower their returns on equity (ROE) and have a disruptive effect on liquidity creation (Le 2019). Le (2018), Admati et al. (2014), and among others point out that greater risk—which may be associated with higher leverage—is often related to a greater expected return, especially during the recent global financial crisis. Therefore, the analysis of the ROE can be used to account for bank risk-taking. 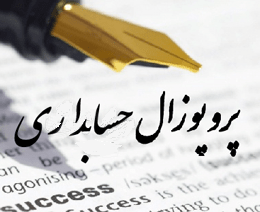