Wind turbines can either be designed to operate at fixed speed (actually within a speed range about 1 %) or variable speed. Many low-power wind turbines built to-date were constructed according to the “Danish concept”, in which wind energy is transformed into electrical energy using a simple squirrel-cage induction machine directly connected to a three-phase power grid. The rotor of the wind turbine is coupled to the generator shaft with a fixed-ratio gearbox. At any given operating point, this turbine has to be operated basically at constant speed. On the other hand, modern highpower wind turbines in the 3-5 MW range are mainly based on variable speed operation with blade pitch angle control by means of power electronic equipment. These wind turbines can be developed using either a direct-in-line system built with a direct-driven (without gearbox) PMSG grid-connected via a full-scale power converter, or a doubly-fed induction generator (DFIG) system that consists of a DFIG with a fullscale converter connected to the rotor windings. Major advantages of variable speed generators (VSGs) compared to fixed speed counterparts include more effective power capture, cost-effectiveness, simple pitch control, lesser mechanical stress, improved power quality and system efficiency, reduced acoustic noise, and island-operation capability. Among VSGs, multi-pole PMSGs have increasingly drawn more interests to wind turbine manufactures due to the advantages in PMSG wind turbine integration with the electric grid. As the full scale power converter decouples entirely the generator system from the utility grid, grid codes such as fault ride through and grid support are easier to be accomplished. In addition, since a direct-in-line system can operate at low speeds, the gearbox can be omitted. Consequently, a gearless construction represents an efficient and robust solution that is beneficial, especially for offshore applications, where low maintenance requirements are essential. Moreover, due to the permanent magnet excitation of the generator, the dc excitation system is eliminated, again reducing weight, losses, costs, and maintenance requirements. Even more, due to the intensified grid codes around the world, PMSG wind turbines could be favored in future compared to FDGI wind turbine concepts. 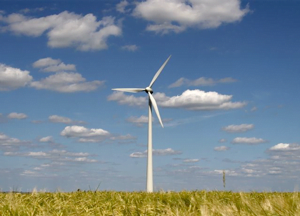 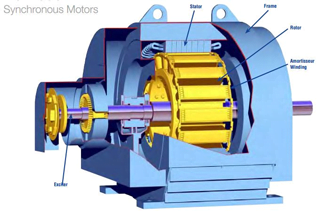