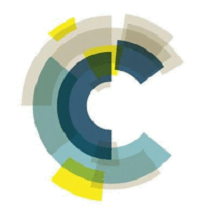 Graphene as a two-dimensional topological semimetal has attracted much attention for its outstanding properties. In contrast, three-dimensional (3D) topological semimetals of carbon are still rare. Searching for such materials with salient physics has become a new direction in carbon research. Here, using first-principles calculations and tight-binding modeling, we propose a new class of Weyl semimetals based on three types of 3D graphene networks. In the band structures of these materials, two flat Weyl surfaces appear in the Brillouin zone, which straddle the Fermi level and are robust against external strain. Their unique atomic and electronic structures enable applications in correlated electronics, as well as in energy storage, molecular sieves, and catalysis. When the networks are cut, the resulting slabs and nanowires remain semimetallic with Weyl lines and points at the Fermi surfaces, respectively. Between the Weyl lines, flat surface bands emerge with possible strong magnetism. The robustness of these structures can be traced back to a bulk topological invariant, ensured by the sublattice symmetry, and to the one-dimensional Weyl semimetal behavior of the zigzag carbon chain.