This paper unveils an operational impact of variable Solar Photovoltaic (SPV) array into 15-level single-stage Modular Multilevel Converter (MMC) thyristorized operated system. A MMC system is developed in which the working of three sub-system modules has been coordinated at a Point of Common Coupling (PCC). In addition, each of 15-level sub-system has been operated at a Resistance Inductance (RL) and a SPV array load. Furthermore, the investigation of DC power inversion into AC power has been elaborated by varying the switching angles of thyristors from 100° to 180°for an individual module. The operation of MMC system has been coordinated with Dynamic Voltage Restorer (DVR), where its performance has been estimated during grid faults under unity power factor conditions. Especially, the investigation on Power Quality (PQ) has been highlighted at PCC by operating with proportional integral and fuzzy logic controlled DVR. It has been verified that response with fuzzy logic DVR scheme is able to control the unbalanced conditions, under steady-state and transient conditions effectively. The effectiveness of the proposed controller is demonstrated by using standard IEEE-519/1547, which stipulates that harmonic level in utility injected current by any SPV source cannot exceed 5%. Therefore, a reduction in harmonics and DC offset is ensured satisfactorily, among all variables at PCC according to IEEE-519/1547 standard at fundamental frequency. 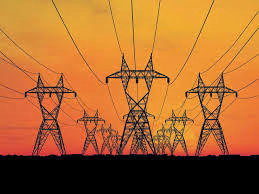