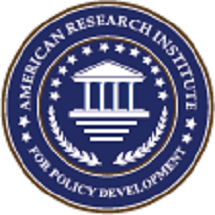 A reproducible method for extraction of high-quality genomic DNA (gDNA) suitable for application in several PCR-based methods was developed after modifications to the Dellaporta method. Changes to the extraction buffer include the use of a higher concentration of NaCl, substitution of β-mercaptoethanol with sodium-metabisulfite, and the use of polyethylene glycol for DNA precipitation. Compared to the original method and two other protocols tested, our improved protocol resulted in the isolation of a good yield and purity of gDNA. The content of extracted DNA was spectrophotometrically evaluated, and the quality was analyzed by Amplified Fragment Length Polymorphisms (AFLP). AFLP profiles of the DNA obtained with our protocol were comparable to those of a commercial kit for plant DNA extraction. The potential of this improved method relies on its successful use with different molecular markers using gDNA extracted from fresh and frozen tissues of a variety of vascular plants, including banana in this paper, and proven in wheat, guava, sugarcane, and bean, as well as from microalgae. Therefore, the new protocol is an adequate, convenient and economical choice for use and study of various fields of genomics. Introduction: Isolation of genomic DNA is always an important issue in the field of plant molecular biology. Ideally, the method should be simple, rapid, efficient, and reproducible. In addition, it must be suitable for extracting multiple types of samples and generate a high quality and quantity of DNA with minimal risk for the operator. Quality is of critical concern for genomic studies and most amplification-based analyses because DNA amplification can be influenced by the presence of co-purifying inhibitors, which reduce subsequent PCR efficiency (Jara et al. 2008; Anuradha et al. 2013). Numerous protocols for isolation of plant DNA have been published (e.g., Doyle and Doyle 1990; Gawel and Jarret 1991; Scott and Playford 1996; Li et al. 2001; Mogg and Bond 2003; Haymes et al. 2004). Commercially available DNA isolation kits provide higher throughput and reduced labor time, though this is not always true for all plant materials.Additionally, their availability and high cost can be limiting in certain developing countries, especially when handing a large number of samples and considering experiments with limited financial resources (Bashalkhanov and Rajora 2008; Niu et al. 2008).