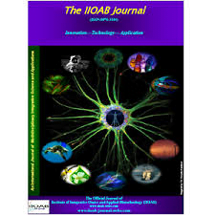 This paper reviews the psycholinguistic phenomenon of private speech (i.e., self-directed speech) in verbal communication. Private speech was first introduced by two main characters in psychology Lev Vygotsky, the founder of a theory of human cultural and bio-social development commonly referred to as cultural-historical psychology and Jean Piaget, the Swiss developmental psychologist who essentially viewed private speech as evidence of egocentrism and the inability to take the perspective of others[18]. Private speech, or speaking aloud to oneself, is a phenomenon of child development that Vygotsky interpreted as the critical transitional process between speaking with others and thinking for oneself and Piaget considers it as a sign of cognitive immaturity and believes it develops into a fully mature and effective speech as children grow cognitively and gain communicative skills. Lev Vygotsky and Jean Piaget first introduced the private speech; in the three past decades, it has absorbed more attention from researchers. The researchers pointed out to a positive correlation between the application of private speech by children and their task performance and achievement, the fact that had already been noted by Vygotsky. This paper also discusses the theoretical origins of research interests in this field, and disagreement between, Piaget and Vygotsky, and reviews some works of other scholars and the role of private speech in children and adults as well [including some in L2 research] in various settings from a Vygotsky and Piaget perspectives. It also introduces the role of private speech in cognitive development and its contribution in language development, social development, and communication. While discussing the theories of Piaget and Vygotsky, it reflects the viewpoints of these two outstanding figures in their perspectives and the way they see the cognitive development and summarizes the studies conducted in this area. It also supports the view that private speech provides a self-regulatory function and guides behavior and problem solving.