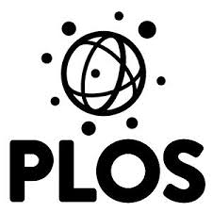 Advances in cancer therapy have increased the rate of survival of young cancer patients; however, female lymphoma patients frequently face a temporary or permanent loss of fertility when treated with traditional cytotoxic agents. The potential loss of fertility is an important concern that can influence treatment decisions for many premenopausal cancer patients. The negative effect of chemotherapeutic agents and treatment protocols to patients’ fertility–referred to as fertotoxicity–are thus an increasingly important cancer survivorship issue. We have developed a novel nanoscale formulation of arsenic trioxide, a potent drug for treatment of hematological malignancies, and demonstrate that it has significantly better activity in a murine lymphoma model than the free drug. In parallel, we have developed a novel in vitro assay of ovarian follicle function that predicts in vivo ovarian toxicity of therapeutic agents. Our results reveal that the nanotherapeutic agent is not only more active against lymphoma, but is fertoprotective, i.e., it is much less deleterious to ovarian function than the parent drug. Thus, our in vitro assay allows rapid evaluation of both established and experimental anticancer drugs on ovarian reserve and can inform the selection of efficacious and fertility-sparing treatment regimens for reproductive-age women diagnosed with cancer.