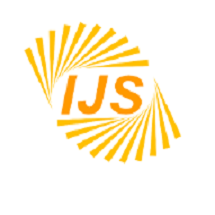 The history of Iran’s hydrocarbon industry is one of ups and downs. It has engendered a palpable sense among Iranian leaders of the need for self-reliance and increased “resistance” of the Iranian economy against international pressures. As a result, Iranian energy policy has become predicated upon survival and preparing for the worst. The mixed economic performance of the Iranian economy has resulted from several domestic and external factors. The main external factors have been oil and economic sanctions. In recent years, oil prices and international sanctions have exerted opposite influences on the Iranian economy, with high oil revenues partially offsetting the impact of the economic sanctions. The major domestic forces can be divided into deeply rooted economic and commercial institutions that have changed slowly over the past three decades, and economic policies that have undergone noticeable and sometimes inconsistent changes in recent years. Iran has the largest economy in purchasing power parity terms in the Middle East and Central Asia (MCD) region [1], with a sizeable and diversified non-oil sector. Iran’s economy is closely linked to intraregional trade and capital flows. On the one hand, Iran has benefited from rapid growth in the MCD region by increasing its regional non-oil exports. On the other, Iran’s robust growth in recent years has had some positive impact on smaller Gulf Cooperation Council countries serving as transit points for Iranian imports and trade financing.