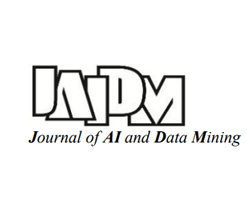 The information security and the Intrusion Detection System (IDS) play a critical role in the internet. IDS is an essential tool for detecting different kinds of attacks in a network and maintaining data integrity, confidentiality, and system availability against possible threats. In this paper, a hybrid approach is proposed towards achieving a high performance. In fact, the important goal of this paper is to generate an efficient training dataset. In order to exploit the strength of clustering and feature selection, an intensive focus on intrusion detection combines the two, so the proposed method is using these techniques as well. At first, a new training dataset is created by K-Medoids clustering and Selecting Feature using the SVM method. Then Naïve Bayes classifier is used for evaluation. The proposed method is compared with another mentioned hybrid algorithm and also 10-fold cross validation. The experimental results based on the KDD CUP’99 dataset show that the proposed method has a better accuracy and detection rate and also false alarm rate than the others.