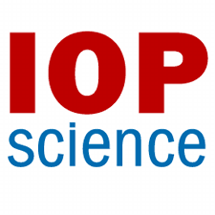 We present a method to accurately predict image noise in proton computed tomography (pCT) using data generated from a Monte Carlo simulation and a patient or object model that may be generated from a prior x-ray CT image. This enables noise prediction for arbitrary beam fluence settings and, therefore, the application of fluence-modulated pCT (FMpCT), which can achieve prescribed noise targets and may significantly reduce the integral patient dose. We extended an existing Monte Carlo simulation of a prototype pCT scanner to include effects of quenching in the energy detector scintillators and constructed a beam model from experimental tracking data. Simulated noise predictions were compared to experimental data both in the projection domain and in the reconstructed image. Noise prediction agreement between simulated and experimental data in terms of the root-mean-square (RMS) error was better than 7% for a homogeneous water phantom and a sensitometry phantom with tubular inserts. For an anthropomorphic head phantom, modeling the anatomy of a five-year-old child, the RMS error was better than 9% in three evaluated slices. We were able to reproduce subtle noise features near heterogeneities. To demonstrate the feasibility of Monte Carlo simulated noise maps for fluence modulation, we calculated a fluence profile that yields a homogeneous noise level in the image. Unlike for bow-tie filters in x-ray CT this does not require constant fluence at the detector and the shape of the fluence profile is fundamentally different. Using an improved Monte Carlo simulation, we demonstrated the feasibility of using simulated data for accurate image noise prediction for pCT. We believe that the agreement with experimental data is sufficient to enable the future optimization of FMpCT fluence plans to achieve prescribed noise targets in a fluence-modulated acquisition.