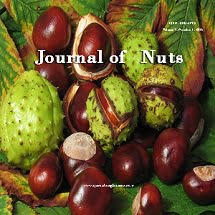 Genomic DNA extraction with a high quantity and quality is a basic requirement in molecular biology. The DNA obtained was free of any contamination proteins, polysaccharide, polyphenols and colored pigments. These compounds would interfere with the genomic isolation procedures and downstream reactions such as restriction enzyme analysis and gene amplification. The isolated genomic DNA was found suitable since this method reduce these compounds. Hence, it can be employed for preparations inter sample sequence repeats (ISSR) and cloning. The protocol also excludes the need for liquid nitrogen and toxic phenols. In this method. A260/A280 absorbance ratio of extracted DNA was 1.7 to 1.8. The protocol covers many and divers. Introduction: Almond belongs to the family of Rosaceae. Twenty-one almond species and six natural hybrids grown in different climatic regions have been found (Kadkhodaei et al., 2010). The main world producer is Iran with more than 400,000 tons followed by Turkey, USA and Syria (Faostat, 2004). In many plant species, extracting large amounts of high quality, high molecular weight DNA can be a challenge due to high amounts of phenolic compounds, high levels of DNA and the presence of large amounts of organellar DNA (Lutz et al., 2011). With the modified Doyle and Doyle (1987) CTAB method, it is feasible to extract qualified DNA from leaves of almond. It is difficult to obtain from almond because of its high amounts of secondary metabolic substances such as polyphenols, polysaccharides, quinone and tannins, which would interfere with DNA extraction procedures and the activity of DNA enzymes and restriction endonucleases (Michiels et al., 2003). During an isolation procedure.