RESULT ANALYSIS: A simulation study was conducted for a 2.6 GHz system with a 5 MHz bandwidth (BW) and QPSK modulation. Primitives and derived parameters were taken from table-I and table-II, respectively. We used MATLAB signal processing toolbox for BER analysis at various vehicular speeds from 0 to 200 km/h with different combinations of SNR and Nakagami parameter m. Figure 2 shows BER at various vehicular speeds from 0 to 50 km/h against different SNR values for m = 0.5. It is evident that the BER increases with increasing vehicular speeds and the system experiences severe fading at high vehicular speeds (Figure 3). It was observed that at low vehicular speeds, SNR has a big impact on overall BER, but as the speed increases, SNR has insignificant impact on BER (i.e., the system becomes ICI limited), a reason why special attention is required for resource management at vehicular speeds for facilitating applications requiring high data rates. In Nakagami-m model, the fading severity of the channel is depicted by the parameter m . Figure 4 shows BER of the channel for various values of m at a speed ranging from 0 to 200 km/h. Figure 5: shows BER of the system, which decreases with increasing Nakagami parameter m. When the value of m is 0.1, BER is relatively high due to the severe fading and when the value of m is 0.9, BER is relatively low. It is shown in Figure 6 that Rayleigh fading fails to model severe fading at high vehicular speeds and the BER increases only marginally even at very high vehicular speeds. One biggest advantage of the proposed analytical model (equation (21) is that the same model works perfectly fine when the mobile node changes its speed resulting various scales of fading severity. For example, when the mobile node is static and has good line of sight communication, the fading model can be modeled using Rician fading and this can be achieved by setting m value greater than 1 in Equ. (21). When the node moves at low to medium speed, Rayleigh fading can be modeled by setting the m parameter value as 1. A more severe fading can be reflected by setting the m value less than 1 in Equ. (21). As such, the proposed model is a perfect fit for BER estimation in WiMAX communication at vehicular communications. Our future works will investigate the changes of Nakagami parameter m in response to the speed of a moving node. 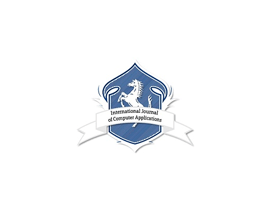