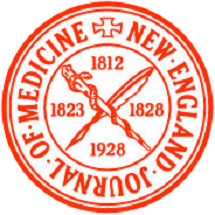 BACKGROUND: Diabetes mellitus is associated with an increased risk of cardiovascular events. Aspirin use reduces the risk of occlusive vascular events but increases the risk of bleeding; the balance of benefits and hazards for the prevention of first cardiovascular events in patients with diabetes is unclear. METHODS: We randomly assigned adults who had diabetes but no evident cardiovascular disease to receive aspirin at a dose of 100 mg daily or matching placebo. The primary efficacy outcome was the first serious vascular event (i.e., myocardial infarction, stroke or transient ischemic attack, or death from any vascular cause, excluding any confirmed intracranial hemorrhage). The primary safety outcome was the first major bleeding event (i.e., intracranial hemorrhage, sight-threatening bleeding event in the eye, gastrointestinal bleeding, or other serious bleeding). Secondary outcomes included gastrointestinal tract cancer. RESULTS: A total of 15,480 participants underwent randomization. During a mean follow-up of 7.4 years, serious vascular events occurred in a significantly lower percentage of participants in the aspirin group than in the placebo group (658 participants [8.5%] vs. 743 [9.6%]; rate ratio, 0.88; 95% confidence interval [CI], 0.79 to 0.97; P=0.01). In contrast, major bleeding events occurred in 314 participants (4.1%) in the aspirin group, as compared with 245 (3.2%) in the placebo group (rate ratio, 1.29; 95% CI, 1.09 to 1.52; P=0.003), with most of the excess being gastrointestinal bleeding and other extracranial bleeding. There was no significant difference between the aspirin group and the placebo group in the incidence of gastrointestinal tract cancer (157 participants [2.0%] and 158 [2.0%], respectively) or all cancers (897 [11.6%] and 887 [11.5%]); long-term follow-up for these outcomes is planned. CONCLUSIONS: Aspirin use prevented serious vascular events in persons who had diabetes and no evident cardiovascular disease at trial entry, but it also caused major bleeding events. The absolute benefits were largely counterbalanced by the bleeding hazard.